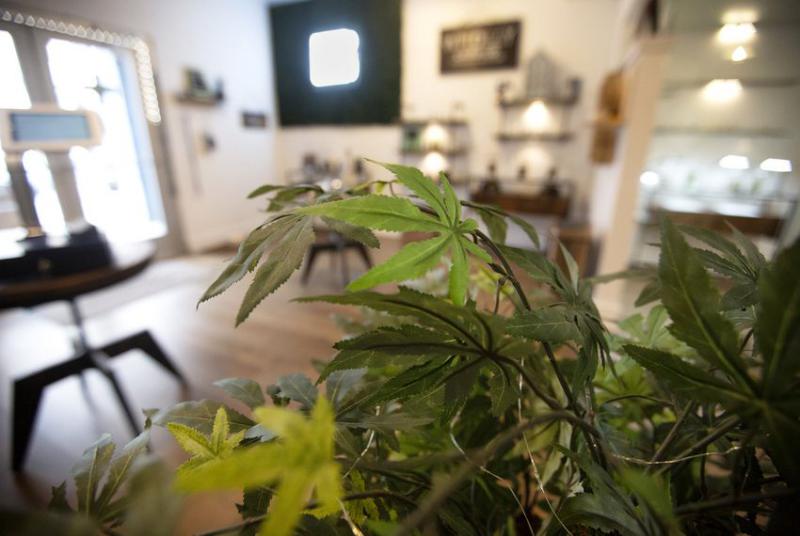 In 2017, business was slow for Sarah Kerver. She was a sales rep for a Colorado-based company trying to push hemp and CBD products in Texas. But customers were apprehensive.

Today, the market for CBD, or cannabidiol, is exploding. Stores are popping up across the state selling tinctures and topicals. It’s being mixed into smoothies and coffee at cafes. Spas are advertising CBD massages and therapies. And much of the sudden spike in popularity is thanks to a Texas law last year that legalized hemp, the plant from which CBD is derived.

“You go anywhere now, and you find something that says ‘CBD’ on it,” said Kerver, who’s now in talks with Austin distributors interested in carrying her CBD product line, called 1937 Apothecary.

But buyer beware, experts warn. Anyone can sell CBD in Texas. Many of the products are advertised as natural alternatives to prescription medications and make unfounded claims to treat conditions like chronic pain, depression, anxiety, insomnia, diabetes and psychosis. But none of these claims are recognized by the U.S. Food and Drug Administration.

And because of lax labeling and licensing regulations, unsuspecting consumers may not actually know what they’re buying.

In 2018, the federal government passed a new Farm Bill legalizing hemp and derivatives, like CBD, with less than 0.3% of THC, or tetrahydrocannabinol. Hemp and marijuana are both part of the cannabis plant family, but while marijuana is rich in THC and produces a high, hemp contains only traces of the psychoactive compounds and is richer in CBD.

In June, Gov. Greg Abbott signed a bill legalizing hemp and bringing state policy in line with federal law. Previously, hemp was still a Schedule I controlled substance on the Texas books, on par with heroin.

Confusion on the part of law enforcement has led to the wrongful arrests of some in possession of CBD or hemp even after the Texas law went into effect. Still, the policy change is an important step on the way to allowing Texans to partake without fear of reprisal, according to Lisa Pittman, a lawyer on the Texas Department of Agriculture’s industrial hemp advisory council.

Because Kerver launched her line before the Texas bill, she’s seen firsthand how changes in the law have led to evolving attitudes in Texas about the products. Previously, she was able to sell Colorado CBD products before the federal government legalized hemp because of the 2014 Farm Bill, which started a pilot program for participating states to grow industrial hemp.

“There’s been more media around it since Texas has come on board, definitely,” Kerver said. “Texans are becoming more educated about it and much more open to it.”

Industry leaders say they can’t calculate the exact number of new CBD businesses that have opened in Texas over the past year — in part because the Texas Department of State Health Services won’t implement licensing requirements until early this year — though anecdotally, many say they’ve seen an uptick.

The Austin Chamber of Commerce counted at least three CBD-related relocations or expansions since the bill passed last summer, creating about 140 new jobs in the emerging sector. But the list, which is compiled from public media announcements and deals the chamber is involved in, isn’t comprehensive.

Sisters Shayda and Sydney Torabi founded Restart CBD in September 2018, just before the Farm Bill passed. Sydney Torabi said the changes in the law have made business run more smoothly.

The two originally intended to operate the business exclusively online but decided to open a brick-and-mortar location in Austin after having difficulty with several online payment companies, from mom-and-pop merchants to giants like PayPal, that didn’t want anything to do with cannabis.

“We were a business, but it wasn’t as functional as it could’ve been until the [Texas] law passed,” Sydney Torabi said.

The Torabis started with a pop-up store and expanded to a permanent location last April, a month before Texas law changed.

“We were operating in a gray area until the Texas bill passed,” Sydney said. “It did take away a little bit of the stigma. Like, ‘OK, now it’s legal in Texas. We can go to a CBD shop and not feel like we’re doing something bad.’”

CBD comes in many forms: smokeable flower, tinctures, topicals, edibles and much more.

It’s not cheap. For example, offerings at Custom Botanical Dispensary, Kerver’s Austin-based collective, range from capsules ($96 for 30) and a Full Spectrum Tincture ($82 for 1 ounce) to a PMS Dark Chocolate Bar ($18), infused popcorn ($7) and even Pet Hemp Oil in flavors bacon and tuna ($40).

Despite lofty and wide-ranging claims, CBD is only FDA-approved to treat two rare kinds of epilepsy via prescription drug Epidiolex. In part, this is because little research has been done in the U.S. on the hemp derivative.

But the FDA also says the jury’s still out as to whether CBD is considered a safe substance.

“CBD has the potential to harm you, and harm can happen even before you become aware of it,” the agency said in a November consumer update, going on to list potential repercussions like liver injury. The effect on children and pregnant or nursing women is unknown, the FDA added.

In the meantime, businesses nationwide are getting wrist slaps for making medically unproven promises.

In November, the FDA sent warning letters to 22 CBD sellers across the country, including Noli Oil in Southlake. The letter to Noli Oil cited a myriad of illegal health claims, from inhibiting cancer cell growth to treating schizophrenia and antibiotic-resistant infections.

Also flagged was the company’s sale of edibles, like gummy bears and caramels, in interstate commerce. While CBD-infused food products can be manufactured and sold in Texas, they can’t cross state lines because the FDA considers the compound an “adulterant.”

Other sellers were targeted for falsely marketing CBD as a dietary supplement.

“Can I say go be a guinea pig yourself? Unfortunately, just because of my position, I can’t really approve that,” Hurd said. “But clearly, hundreds of thousands of people are doing research on themselves and trying to find out what works on their particular ailment.”

There is some evidence to suggest it could be beneficial for anxiety, psychosis and substance abuse, Hurd said. Other claims, like its effect on chronic pain, are more dubious, at least until more research is done, she added.

But Kerver said her own experience and the testimonies of friends and family have convinced her of CBD’s efficacy.

Her husband found relief from inflammation after back surgery, and her siblings from anxiety and sleep issues. She said she has seen her own gut problems clear up completely.

“When someone has been constantly taking something for well over a year, and it’s still working for them for the same thing, and they have to have it, that’s not the placebo effect anymore,” Kerver said.

Hurd also warns that CBD can impact the performance of other medications, so those interested in trying it should first consult a doctor to learn more about potential interactions. Otherwise, CBD is relatively safe, she said, with the most common side effects being diarrhea and sleepiness.

Until stricter regulations, like requiring retailers to have CBD-specific licenses, are put in place this year, Kerver said there is little protecting consumers from bad actors. Still, there are some measures people can take to protect themselves while the Texas hemp industry is in limbo, starting with labels and vendors.

Pharmacies and health food stores are preferable to smoke shops and gas stations, according to Pittman.

“Avoid anything that has a pot leaf on it or that doesn’t look like a clean, medical product,” Pittman said.

Any reputable company will make test results easily accessible, and customers can use them to check THC content; trace amounts under 0.3% may still cause someone to test positive for marijuana on a drug test, Hurd said.

Buyers should also be wary of products that make any explicit health claims, which are considered illegal by the FDA. While retailers can say a particular CBD product helps alleviate a symptom, like difficulty sleeping, they can’t say it treats or cures a diagnosable condition, like insomnia, according to Pittman.

Correction: An earlier version of this story incorrectly stated how Texas criminally classified hemp before the state’s hemp law was passed.