Marijuana and hemp are often indistinguishable by look or smell because they both come from the cannabis plant. But hemp is legal, and marijuana is not. 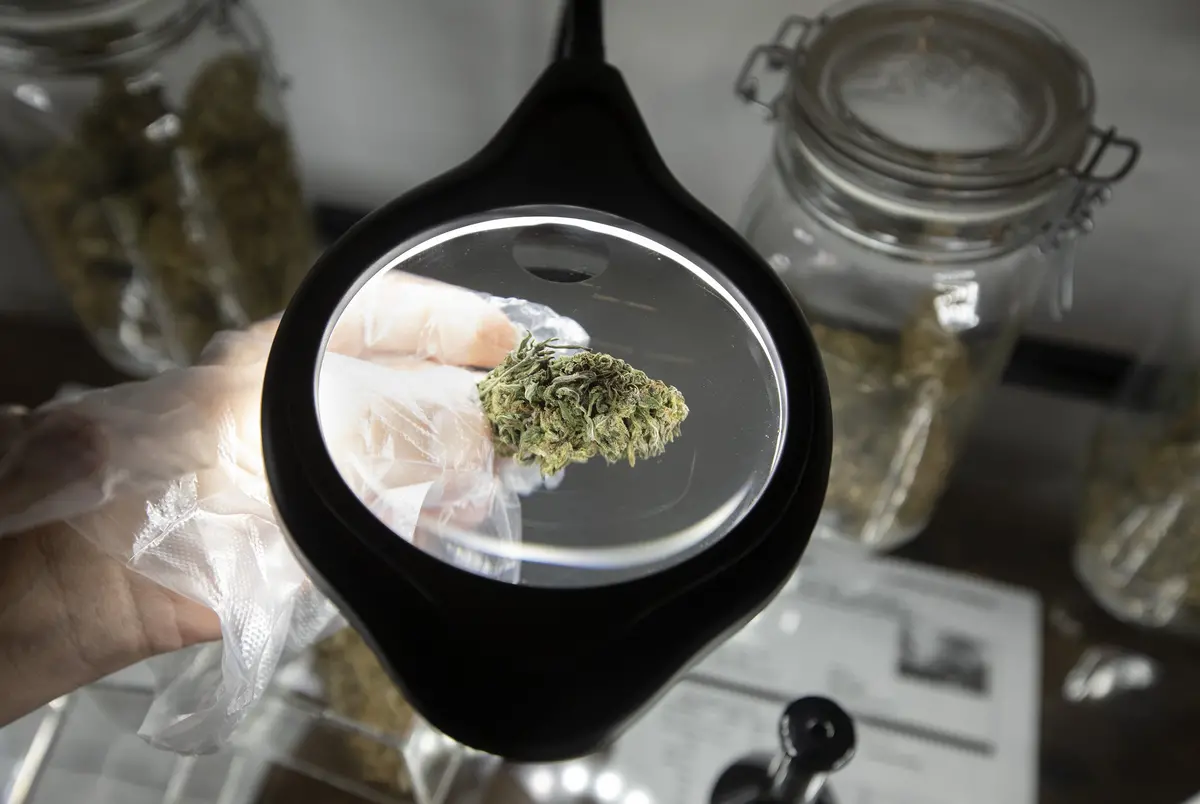 Since Texas lawmakers in 2019 legalized some forms of the cannabis plant but not others, marijuana prosecution cases around the state have been thrown into disarray, and enforcement can vary greatly depending on where you live.

A new Texas law sought to bring the state in line with a 2018 federal law that legalized hemp while keeping marijuana illegal. The result: widespread confusion.

Here’s what the new laws mean for Texans.

Marijuana and hemp are often indistinguishable by look or smell because they both come from the cannabis plant. The difference amounts to how much of the psychoactive compound THC, or tetrahydrocannabinol, they contain.

Marijuana is now classified as a cannabis plant or its derivatives with a THC concentration of more than 0.3%. If the substance has less THC, it’s considered hemp.

Cannabidiol, or CBD, is a nonpsychoactive compound of cannabis. Businesses may sell it throughout Texas as long as its THC concentration is less than 0.3%. Supporters claim it can alleviate conditions such as anxiety, depression and insomnia. The U.S. Food and Drug Administration doesn’t recognize any of the lofty claims, however; the agency has only approved the drug to treat two rare kinds of epilepsy through the prescription drug Epidiolex.

OK, what is legal right now?

It is still illegal to use or possess marijuana under Texas law — and has been since 1931. What changed last year is that hemp is considered different from marijuana.

Is recreational marijuana prosecuted the same everywhere? What are the differences?

Eleven states and Washington, D.C., have legalized recreational marijuana possession. In those states, marijuana use and possession is still regulated, but people are not criminally or civilly punished under state law.

More than 10 other states have fully or partially decriminalized certain marijuana-related offenses. Under many of these state laws, it is still illegal to use marijuana recreationally, but prosecutors do not press criminal charges. Instead, offenders face civil penalties, which usually include fines or drug education programs.

In Texas, state law allows prosecutors to press criminal charges, typically misdemeanors for small amounts, against recreational marijuana users. They can carry fines of more than $1,000 and jail time.

Why has there been an explosion of hemp products?

The new law means Texans should no longer face penalties for possession of hemp and its derivatives like CBD, and business appears to be booming.

Still, implementing the law has proven rocky. A man spent a month in an Amarillo jail last year after being arrested for allegedly transporting marijuana, though lab tests indicated the substance was in fact legal hemp. The state — and many cities — are still trying to determine regulations and training for law enforcement so people aren’t mistakenly arrested.

The Austin City Council voted unanimously this month to end most arrests and fines — and ban spending city funds on testing — for possession of small amounts of marijuana. The police chief responded a day later, saying he would still issue tickets or arrest people. Under the new city resolution, those actions will come with no penalty.

But marijuana possession cases are still being prosecuted in some cities like Plano, a North Texas suburb that recently approved more money for the police department to test substances in misdemeanor marijuana cases. Local prosecutors require testing by private labs to determine THC concentration, which can cost hundreds of dollars. Counties that can’t afford a private lab are sending samples to DPS and either rejecting or postponing cases as DPS works to adopt a new testing method.

Are there efforts to legalize marijuana in Texas?

State Rep. Joe Moody, D-El Paso, last year introduced House Bill 63, which would have prevented police from arresting people for possessing an ounce of pot or less and made it a Class C misdemeanor carrying a maximum $500 fine. It passed the House on a 103-42 vote.

Abbott had said he was open to reducing the penalties for low-level marijuana possession, but the bill died in the Texas Senate.

What do the polls say?

A majority of the state’s registered voters are in favor of some form of marijuana legalization, according to a University of Texas/Texas Tribune Poll from June.

More than 80% of the state’s voters said they would legalize pot in some capacity, including medical marijuana (31%), small amounts (30%) or any amount (23%).